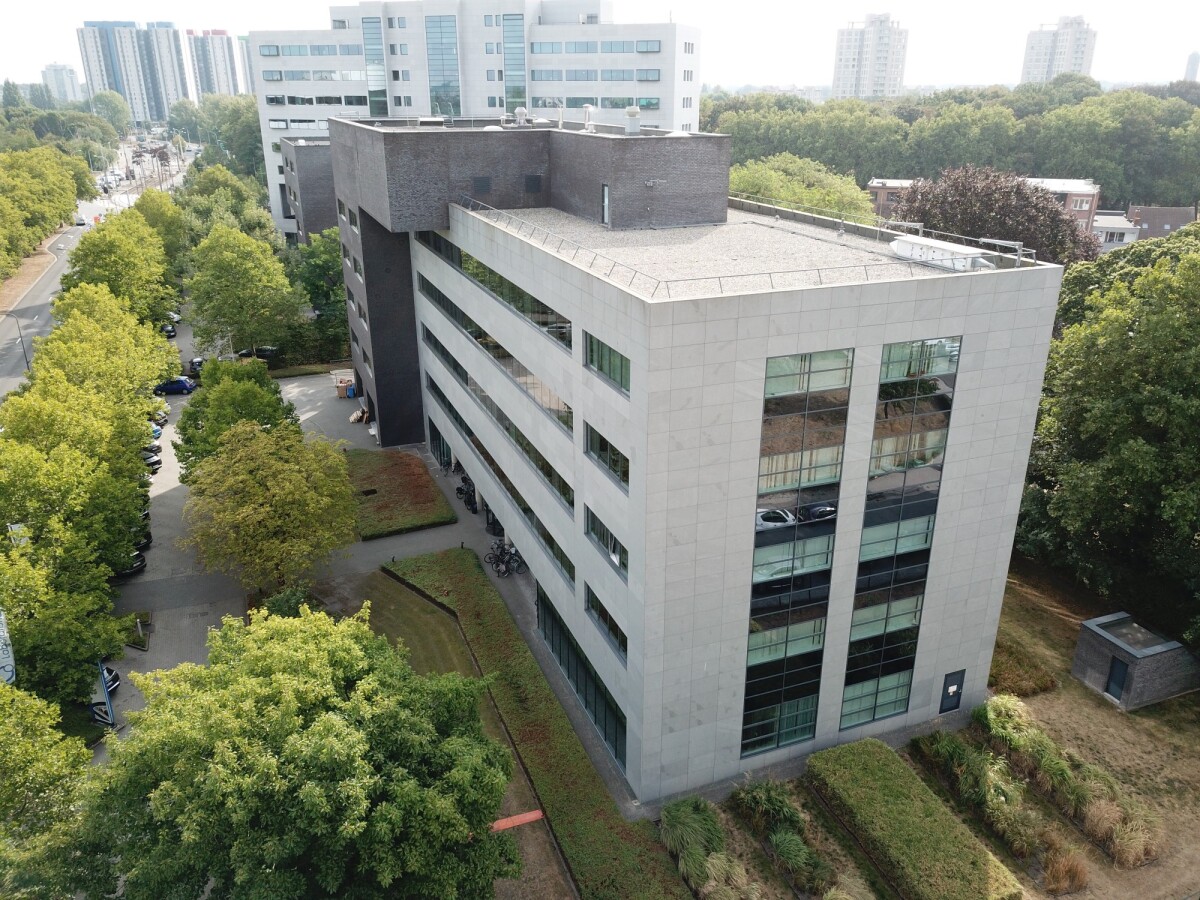 AML was founded under the leadership of Mr Jozef Verstraete, doctor of medicine, surgery and obstetrics. In 1982, the original laboratory moved to Desguinlei 88 in Antwerp. Campus Hof Ter Beke (HTB) in Wilrijk was started in 1991. On this separate campus, only toxicological analyses were executed. In 1984, veterinarian Arlette Vandenberghe joined the team. She founded the laboratory’s veterinary department. Processing veterinary samples on such a large scale was an absolute first.

Until then, AML provided services within Belgium to local applicants and fellow laboratories. However, at the beginning of the 90s, AML also started providing analytical services for the Netherlands. In 1994, AML was one of the very first laboratories in Flanders to obtain Beltest accreditation according to ISO standard 17025.

Since 1997 and until now, Pharm. Clin. Biol. Marc Uytterhoeven has overseen the medical management of AML laboratory.

Under their leadership, in September 2007 Waterland PE, was established and Medhold was founded, as well as the construction of a new building to house the entire lab platform at Emiel Vloorsstraat 9 in Antwerp.

Since November 2007, AML has made the transition to the medical ISO standard 15189 for human analyses. In 2008, Clinilabo Antwerp was integrated into AML and Clinical Laboratory Rigo Genk was incorporated into Medhold. The AML Laboratory for Industrial Medicine, Toxicology and Legal Analyses (ATG) (Campus HTB) moved from Wilrijk to the new laboratory located on Emiel Vloorsstraat 9 in Antwerp.

The routine laboratory, the pre-analytical phase and the administrative departments of AML also moved to Emiel Vloorsstraat in May 2010.
Since February 2010, Medhold is part of Sonic Healthcare, an international, professional laboratory group that has been active in the laboratory world since 1987. In addition to Australia and North America, Sonic has also acquired a position as market leader in Europe. In 2011, the laboratory activities were further strengthened by the integration of KBL and, at the start of 2013, Labo Lokeren bvba Campus RIATOL. For this purpose, anatomic pathologist John-Paul Bogers was appointed Laboratory Director for the Pathology Department of AML. Since October 2022, he has handed over medical responsibility to Dr. anatomic pathologist Ingrid Neetens. In 2017, the routine laboratory activity was further expanded thanks to the integration of the laboratory activities of Lab Partners Boom.

Further consolidation was carried out in the following years, so Labo Lokeren was integrated in 2018 and AML Brussels in 2019, resulting in the current AML.

These 3 strong pillars form our laboratory network in Flanders today, each with its own individuality and local presence, in order to support our doctors in the best possible way.

During a visit to our sites, ‘cookies’ may be stored on the hard drive of your computer. A cookie is a text file that is stored by a website server in your computer’s browser or on your mobile device when you consult a website.

The use of cookies relating to preferences and selections or cookies for analytical purposes will require your prior consent. These cookies will therefore only be installed on your device after you have given consent. However, we do not currently use these cookies.

Google Analytics is a web analysis service provided by Google Inc. (‘Google’). Google Analytics uses ‘cookies’ to help analyse the websites and how users use these sites. The information generated by the cookie about your use of the websites (including your IP address) will be transferred to and stored by Google on their servers. Google will use this information for the purpose of evaluating your use of the website, compiling reports on website activity for website operators and providing other services relating to website activity and internet usage. Google may also disclose this information with third parties where required by law, or where such third parties process the information on Google’s behalf. Google will not associate your IP address with other information held by Google. During each new session, you will be asked whether you accept or reject the use of cookies.

More information on cookies used by Google Analytics can be found here.

Cookies regarding preferences and selections
You may reject these cookies if you wish to browse our website but they will only be stored after a choice has been made in relation to the storage of cookies. We do not currently use these cookies.